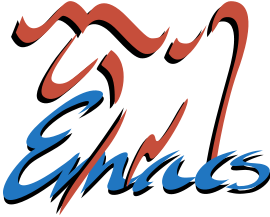 I believe the environment in which one works is directly responsible for one’s productivity. It’s the reason I think, it’s important to choose the right editor, font, etc.

I used notepad, notepad++ in my Windows days. I have to say I spent a lot of time with notepad++ and it was my favorite at that time. My notepad++ days ended when one of my friends recommended Sublime Text to me. It was the best editor I ever had encountered till that time. The most important thing was that ‘it was cross-platform’.

I switched to Emacs mainly because of it’s philosophy, as I am willing to put up with a much steeper learning curve if it makes me more productive or more comfortable in general. Now that some time has passed I’m much faster with Emacs than on any other text editor I use (namely Sublime Text, gedit and Vim). The other reason is it’s features. Emacs has tonnes of features which are very hard to replicate in other text editors. These may include from Shell mode to IRC-Chat to E-mail to even playing games inside Emacs.

Things to do after installation

Well these are some basic customization which should be done by everyone using Emacs. You can add more features to Emacs by simply searching the package archive.

If you’re a confused with the basic key-bindings for navigation, you may refer to the Emacs Wiki page.

Finally, once you really get the hang of Emacs, it’s basically like dark magic. Check out some videos on the Emacs rocks page to see this magic in action.