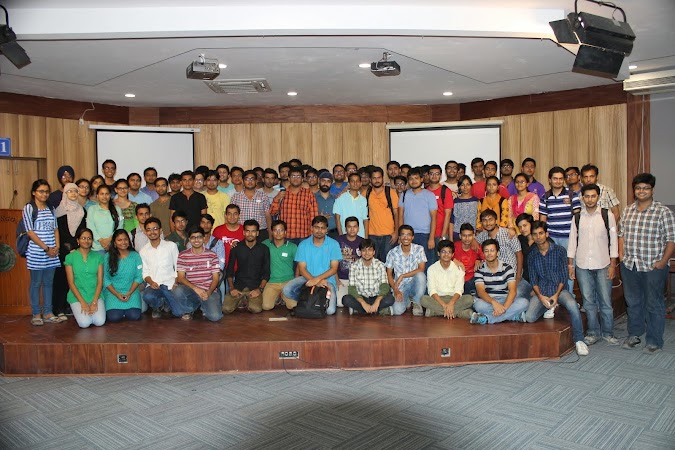 On August 23rd, we, at JMILUG, hosted a GSOC Meetup at Jamia Millia Millia Islamia University, New Delhi, home of JMILUG. The GSOC meetup was an opportunity to meet and learn from past and present GSOC students who’ve actively contributed to Open Source projects in collaboration with developers from all over the world.

This acted as a platform for other budding developers who’re ready to get their hands dirty and contribute to real time projects.

Over the last 2 years, 9 JMILUG members have been selected in GSOC thanks to the exposure provided to Open Source communities and projects as a result of various meetups and conferences every year. So we felt that it was time to give something back to the GSOC and Open Source community of India.

Organizing a meetup for GSOC participants and other Opensource enthusiasts seemed like a good option.

We also wanted that only the best proposals among all the proposals should be selected for the event and for that to happen we built a voting application and the proposals were chosen by the voting procedure. We established a criteria that only the people who were related to GSOC get to vote.

The speakers from the top voted sessions were finally called to give a talk, which were mostly GSOC students.

We received an overwhelming number of registrations, but our college administration was kind enough to lend us our Faculty Auditorium for the event.


When the day came

We saw nearly 190 attendees in the event, from all kinds of academic level and from far-off cities. We started with registrations followed by

Our final talk was about “Getting into GSOC” with the focus on the question answer session, with questions intended for all the GSOCers. 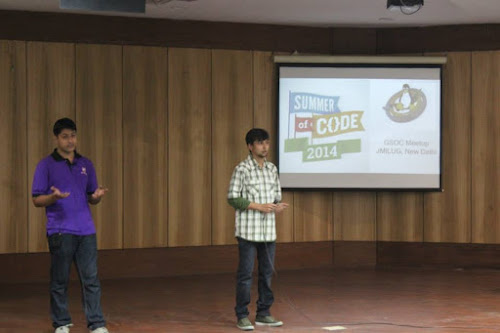 We ended the day’s talk with distributing Certificates to speakers and T-shirts to the two most active audience members and two people selected randomly from the audience. Thanks to Math.random().

We also distributed official GSOC pens to three audience members, after every talk, if they answered the questions by speakers correctly.

All the goodies including Pens, T-Shirts and stickers was generously given to us by the Google Opensource Programs office.